Warren is the firm’s managing shareholder and heads up its administrative law and appellate litigation sections. He regularly represents clients before a broad spectrum of state agencies.

Warren provides legal expertise in a wide variety of regulatory areas, including constitutional law, business and professional regulation, state contracting and procurement, affordable housing development, election law and ethics matters, ballot initiatives and referenda, pari-mutuel gaming, and alcoholic beverage regulation. He is a member of the Florida Bar and is admitted to practice before the U.S. District Court for the Northern District of Florida, the U.S. 11th Circuit Court of Appeals, and the U.S. Supreme Court.

After serving four years as an officer in the U.S. Air Force in New Mexico, Texas, and what was then West Germany, he entered law school and received his Juris Doctor with highest honors from Florida State University in 1993, graduating second in his class.

Warren is a member of the Order of the Coif. While in law school, he served both as Notes and Comments Editor and as Piece Selection Committee Chairman for the Florida State University Law Review. 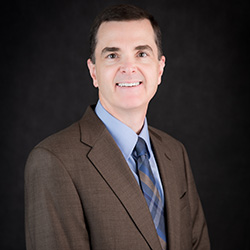