A founding member of our firm, Steve currently serves in a special counsel capacity. Steve received his Bachelor’s degree in journalism with honors from the University of Florida and earned his Juris Doctor at the Florida State University College of Law.

Steve is a member of the Florida Bar and has been a lecturer on legislative practice and dealing with state agencies. During his career, he has played a major role in a wide range of legislative initiatives including tax issues, health regulations, workers compensation, and judicial, environmental, construction, and growth management issues.

Steve was appointed by Governor Jeb Bush to serve on the Florida Sports Foundation, where he served for eight years, including a term as vice chair. He also served as Chairman of the Task Force on Crime for the Florida Chamber of Commerce. Steve was awarded the Distinguished Service Award by the FSU College of Law, and is an honorary member of Florida Blue Key. Steve is a guardian ad litem volunteer advocate and helps manage a mobile food service kitchen for low-income families.

Steve has received the highest “AV” rating from Martindale-Hubbell. 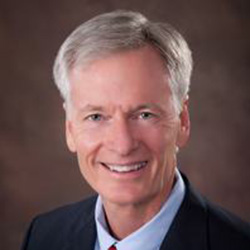