Andy Palmer has more than two decades of experience in Florida politics and government. Early in his career, Andy served as the Chief Policy Analyst for Health and Human Services in the Office of Policy and Budget under Governor Jeb Bush. He also held a variety of positions in the Florida House, including legislative analyst in the House Majority Office and Staff Director of the House Health Care Regulation Committee.

Immediately prior to joining the firm, Andy spent time working in Florida politics. He twice served as Executive Director of the Republican Party of Florida under two different Governors, and during the 2010 election cycle Andy served as Director of House Campaigns for former House Speaker Dean Cannon. He was recognized by Florida Politics as one of the “Brightest Minds in Florida Politics”.

Andy’s lobbying practice focuses on a variety of policy areas with an emphasis on tourism and hospitality, health care, transportation and general business issues.

Andy is married to Kristen Palmer and they have four children: Drew, Knox, Davis, and Ellis. 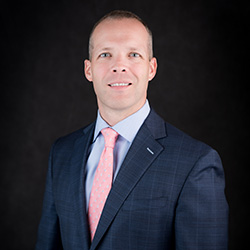