Allison Liby-Schoonover is a Senior Policy Advisor at MHD. With more than a decade of state government experience in both the legislative and executive branches of government, Alli’s expertise and command of the political process provide her with the skills necessary to adeptly meet client goals. Recently, Alli was named the “Education Lobbyist of the Year” by Influence magazine.

Prior to joining the MHD team, Alli worked in the Senate Majority Office as a legislative analyst, with a focus on education and agriculture policy. During the 2012 election cycle, she served as the Deputy Senate Finance Director at the Republican Party of Florida. Prior to that, Alli worked at a lobbying firm representing clients before Florida’s executive and legislative branches. Additionally, her career in legislative affairs began at the Florida Department of the Lottery in the legislative affairs office.

Alli graduated from the Florida State University in 2007 with dual degrees in American Studies and Political Science. Following graduation, she taught high school literature as a Teach For America Corps Member in inner-city Philadelphia. A graduate of the prestigious University of Pennsylvania, she holds a Master of Science in Education and her thesis examined the impact of teachers’ unions.

A resident of Tallahassee, Alli is an active member of St. John’s Episcopal Church and is engaged in her community serving as an adviser to two student organizations at the Florida State University. She and her husband, Chris, are proud parents of Liberty, William and Andrew. 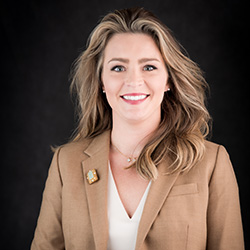